Home / Blog / Leadership Under Pressure: How to Show Courage, Cunning and Character When It Really Matters

Leadership Under Pressure: How to Show Courage, Cunning and Character When It Really Matters 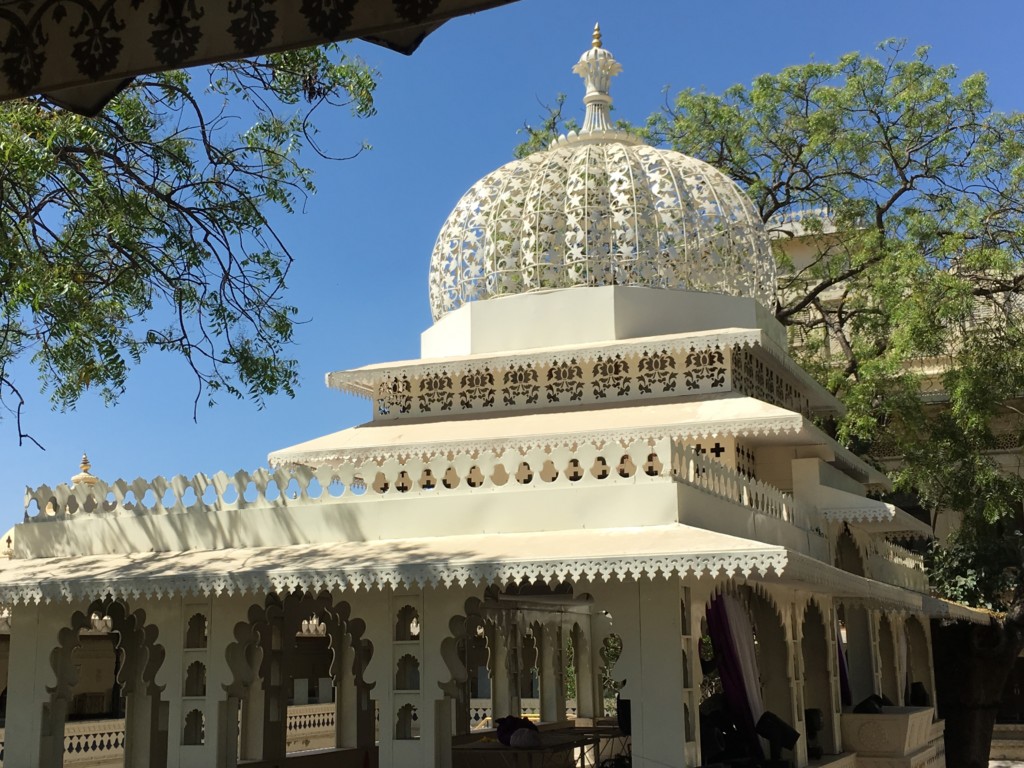 This is Part Two in a series based on my recent trip to India. Part One shared stories of our adventures looking for tigers and the powerful leadership lessons I learned while on safari. Now, I’d like to take you deep into the ancient palaces of the maharajas and maharanis, where we discovered secrets of royalty who walked these rooms centuries ago.


As always, I found inspiration for modern leadership – this time from the lives of these great men and women who demonstrated great courage, cunning and character in life-and-death situations. I hope you learn as much from them as I did.

The morning breeze felt good as it blew in gently from the windows where I stood. I could see through the wood-carved screens to the lake just outside the palace walls. The water sparkled in the sunshine. Shade trees dotted the water’s edge and covered the hillside beyond.

I leaned against the cool marble walls, looked around the upper room of this tower, and marveled. While the setting of the City Palace in Udaipur is breath-taking, the interiors of this majestic building are simply spectacular.

India, the world’s sixth-largest economy and the fastest-growing outside of China, has a history rich with colorful figures, dynasties and periods of turmoil as well as prosperity. As we walked the halls, I couldn’t help being swept up by the stories our guide told us of the men and women who lived in palaces like this one.

What would life have been like to lead a kingdom during that time? What secrets did these walls hold? What leadership lessons can we learn?

A Maharaja to remember

One of the most celebrated leaders was Chhatrapati Shivaji, a legendary maharaja who founded the Maratha kingdom in the 17th century and who displayed at least three important characteristics leaders need today: Courage, cunning, and character.

Shivaji’s reign is noted for many things. He was a champion of religious tolerance, the “Father of the Indian Navy,” and a supporter of women’s rights.

He was also a skilled leader in battle, demonstrating courage time and again by fighting fiercely against attackers and protecting the people who lived in his kingdom. He earned the nickname “mountain rat” because of his knowledge of the mountainous countryside and his ingenuity in triumphing over enemies in difficult terrain.

We heard several stories about Shivaji, but perhaps my favorite occurred during his struggle against a Mughal emperor named Aurangzeb. This is a conflict that waged for many years. At one point, Shivaji and his men captured several forts, and things finally came to a head. The emperor couldn’t tolerate losing more ground. So he sent a huge army to attack Shivaji and his band of men, forcing a peace treaty.

Shivaji agreed to meet with Aurangzeb in Agra, which is the home of the Taj Mahal and a major city in the state of what is known today as Rajasthan. Aurangzeb assured him he would be treated like royalty when he arrived.

Nothing could have been further from the truth. Shivaji and his son, who accompanied him to Agra, were at first ignored by the Mughal; then quickly placed under house arrest and threatened with execution.

Shivaji was furious when he realized he had been tricked. Their lives were in danger now – as was his entire kingdom.

While stuck in captivity, Shivaji began to think – how could he overcome this turn of events and escape? Calling upon his ingenuity, the clever leader thought of a plan and put it into motion.

Shivaji sent word to his captors that he had become ill and asked for doctors to treat him. After three days, he insisted he had been cured and ask for sweets to be distributed to doctors and needy people in the land as a way of showing his gratitude. Huge quantities of special treats were prepared and carried out from the palace grounds in large bamboo baskets.

At first, guards carefully inspected each basket before allowing it to leave. As the days wore on, however, they became lax. Shivaji knew this was his chance.

In a thrilling escape, he and his son hid in the baskets and were carried to freedom under the very noses of the guards who were supposed to be watching them!

Once outside, they disguised themselves as beggars, shaving their very recognizable beards and mustaches, exchanging their clothing, and putting ashes on their faces. They escaped through the countryside and returned to their kingdom.

Shivaji was welcomed back as a hero. Once back in power, he focused all his efforts on restoring his kingdom, instituting reforms and establishing stability in the region. He eventually was coronated as a king, and he ruled for many years until his death.

The legendary Maharaja never lived in the City Palace of Udaipur. But his story is larger than life, and I thought about it throughout our trip. I’m struck by three leadership lessons we can take from his example.

Lesson 1: Courage is a constant

While one could argue that Shivaji was a little blood-thirsty, he is not unlike many other warrior kings in history who succeeded largely through constant courage and a willingness to fight. He stood up to his enemies and refused to let them defeat him.

He also earned the respect of his soldiers by demonstrating his battle skills and fighting side-by-side with them in the trenches. As a result, they remained loyal and willingly followed him into battle.

Have you ever felt you were “under siege” as a leader, fighting for your team, your values, your point of view or a cause you passionately believed in? Whether we like it or not, such battles are simply a part of leadership.

It requires courage to rise to these occasions, especially when everything inside you wants to head for the hills. Here are a few things to remember that will help increase your courage in the heat of battle.


One of the most popular TED talks (more than 42 million views) features psychologist Amy Cuddy explaining why “power posing” might be useful to build courage. Her research suggests there is an increase in testosterone when we strike a confident pose. She’s not suggesting we stand defiantly when we’re leading others, although there might be times when we need a strong posture. More often, power posing is part of our preparation. “Our bodies change our minds, our minds change our behavior, and our behavior can change our outcomes,” says Cuddy.


This type of courage allows us to own our actions rather than casting blame, to be outspoken about our beliefs, and to demonstrate confidence and poise even when we’re under extreme stress or pressure. It’s a self-confidence that comes from knowing and demonstrating our hearts.

Many times, it isn’t sheer force of will that carries the day. It’s how we use our wits. Like Shivaji, we may need to devise a clever way out of a pickle. So, we need to optimize our thinking skills and be prepared to use them when the pressure is on.

Here are two tips to help you think clearly when you need it most.


Effective leaders know how to dial back their emotional responses so they can clear their heads to think. You can improve your ability to do this by practicing mindfulness, which is remaining present and aware of your thoughts and feelings instead of escaping into your mind when the going gets tough. As you learn to inhibit negative narratives in your head, you can be more objective and perceive situations realistically. Practicing meditation regularly also improves your ability to focus.

More than courage and cunning, your character tells the world what kind of leader you are. We read daily of leaders who stumble due to lack of judgment, ethical breaches or outright criminal activity. Even though no one is perfect and we all fall short, it’s disheartening.

We hold leaders to a higher standard and look up to them – as we should. Being in a position of power means you set vision, show the way and make important decisions, many of which impact others as well as yourself.

I was impressed to learn of Shivaji’s commitments to better the quality of life for his people. He was known for his respect and tolerance for different faiths. During a time when women were not treated particularly well, the Maharaja did not tolerate violence or harassment against women. He got in the trenches with his soldiers and fought with them.

He didn’t have to lead this way, but he chose to anyway, and he enjoyed support and stability because of the respect he earned.


Great leaders do not abuse power or take advantage of it for their own gain. They consider the needs of others and show respect for individuals regardless of their standing in society. Their decisions and actions show what they’re made of and what’s in their heart.

Being a leader of character means knowing and living your values. Most of us are pretty good at the first part; it’s the second part that’s so hard! But living them is what really matters. It allows us to earn not just the respect of others, but, most importantly, our own.

During times of great challenge, we are drawn to people who muster a rare combination of courage, cunning and character. Shivaji seems to have brought them all. I hope his legacy inspires you to demonstrate these same qualities in your own leadership journey.